Why we will continue to eat full fat dairy (regardless of what Change4Life say!)

Update:  This entry has received a fantastic 193657 hits and I've received huge amounts of mail from people equally unimpressed with the Change4Life initiative.  You can give feedback about the scheme here

Last week my eldest brought a leaflet home from school produced by "Change 4 Life, this week a similar advert has been shown on TV.

It's a scheme backed by the NHS, and Nestle is one of their partners.  Perhaps it's just me who finds it ever so slightly ironic that the most boycotted company in the UK (and one of the four most boycotted companies on the planet), who are frequently accused of "contributing to the unnecessary death and suffering of infants around the world", gets to partner with our National Health Service.  And yes I know Nestle are often accused of a whole host of other things, but that alone could fill a whole blog.

The Change4Life promotion feels like something generated off the back of a social marketing survey, ie someone decided there was no point trying to convince people to opt for healthy, instead we should aim for healthier.  Or perhaps Nestle didn't want their profits hit by a decline in confectionery sales - regardless "Swap it don't stop it" is the slogan. 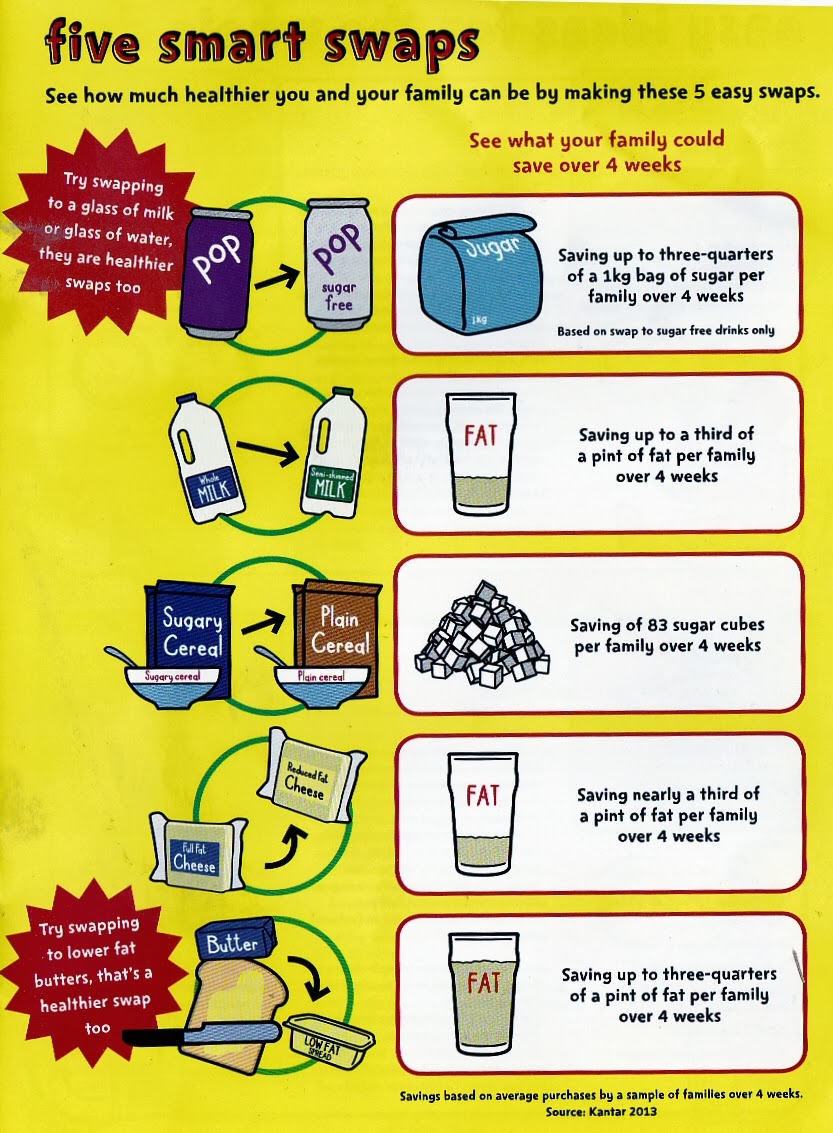 Next on the list is milk, there is a whole separate advert telling us to swap from full fat to semi when a child is two, then semi or skimmed milk at age five - but is this really a good idea?

Evidence would suggest not.

"Our original hypothesis was that children who drank high fat milk, either whole milk or two per cent, would be heavier because they were consuming more saturated fat calories,’ said Dr. Mark Daniel DeBoer, an associate professor of pediatric endocrinology."
‘We were really surprised when we looked at the data and it was very clear that within every ethnicity and every socioeconomic strata, that it was actually the opposite, that children who drank skim milk and one-percent were heavier than those who drank two-percent and whole.’

I dug out the study which consisted of 10,700 children: 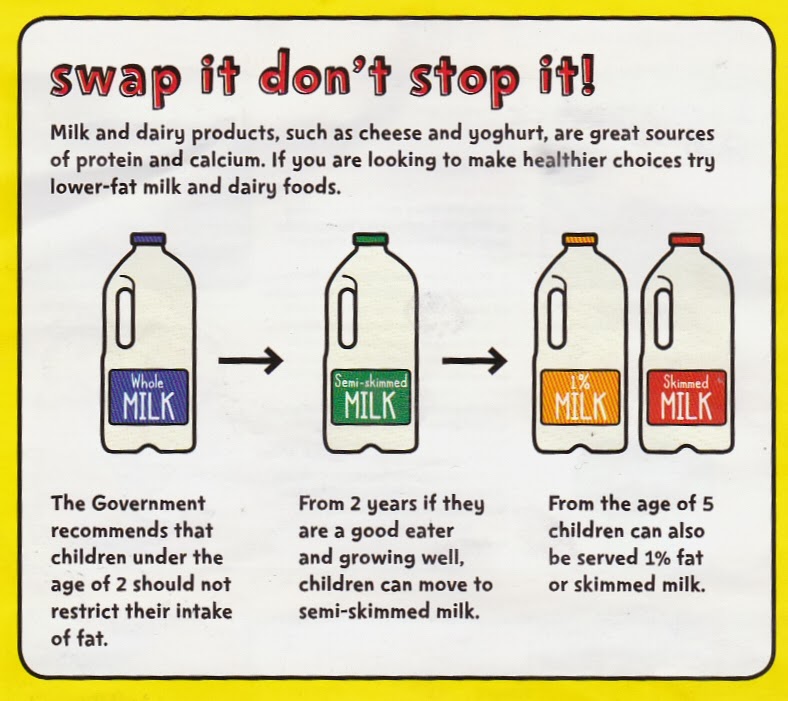 "Somehow this low-fat milk has become so entrenched in the nutritional psyche, it persists despite the absence of evidence.  To the contrary, the evidence that now exists suggests an adverse effect of reduced-fat milk."

Perhaps someone should tell Change 4 life this?

Perhaps given the study was only last year, we should give them the benefit of the doubt that this information hasn't trickled down to working level yet?

Except this isn't the first study to link reduced fat milk with increased weight.

"Higher intake of whole milk at age 2, but not reduced-fat milk, was associated with a slightly lower BMI z score" (2)


"Contrary to our hypotheses,dietary calcium and skim and 1% milk were associated with weight gain, but dairy fat was not." (3)

Which was EIGHT years ago!

In fact I couldn't find any studies at all that showed better outcome when children drank reduced fat milk.

For some that's no surprise.

Last year during a discussion on the Facebook page, a pig farmer replied that it was a well known fact skimmed milk fattens pigs.    Turns out they were right and a quick Google shows it's a well recognised tip.

For those who follow my main blog and work with babies - we can also see this effect in breastfed infants. Consider a mum with a huge milk supply, or a baby not transferring milk effectively at the breast.  Both may result in a feed higher in lactose (sugar) and lower in fat, often called lactose overload - yet we can see huge weight gain in these babies.

Fat slows the digestive process and thus the passage of lactose through the body, giving time for the production of lactase (the enzyme required to digest lactose).  Without fat, lactose travels much more quickly; the body converts the sugar to fat, resulting in weight gain - yet burns off quickly leaving baby hungry again quickly.

So reduced fat = higher sugar.  Hang on isn't that what is actually shown to be harmful to health?

Check out whole and skimmed milk at Tesco and you will note that the latter carries 5.0g of sugar per 100ml, whilst full fat has 4.7g.

The other problem is that cutting fat also makes milk less nutritious.  Full-fat dairy is an excellent source of fat-soluble vitamins A, D, E and K - when you absorb the fat, you pull the nutrients through with it.  Remove the fats, bye bye vitamins.

But that would be too out there right?

Researchers highlighted that over the last century, intakes of omega-6 fatty acids in western diets have dramatically increased, while omega-3  intakes have fallen. The resulting imbalance has been linked to an increased risk of cardiovascular disease, cancer, excessive inflammation and autoimmune diseases.
You can read the more about the nutritional differences here.

Change 4 Life then go even further in telling us we should be swapping full fat butter for low fat spread.

If you're working from archaic evidence, this might make sense - but oh dear NHS you are distributing this guff to a nation of school children and their families.  It's really inexcusable.

If you would like to learn more about butter v margarine, click here, here, here and if that isn't enough Google "butter healthy" to read pages and pages more.

The trouble is that Change 4 Life are still working from the premise saturated fat is bad, and I guess it's hard for a health care system to hold their hands up and admit that for the last 20 plus years they got it wrong.

Sweden, a country that has consistently better health outcomes than Britain (5), has however done just that.

Following the publication of a two-year study by the independent Swedish Council, during which the committee reviewed 16,000 studies, came a switch in dietary advice; the report advocates a low-carbohydrate, high-fat diet, as the most effective weapon against obesity.

"Butter, olive oil, heavy cream, and bacon are not harmful foods. Quite the opposite. Fat is the best thing for those who want to lose weight.

“I’ve been working with this for so long. It feels great to have this scientific report, and that the skepticism towards low-carb diets among my colleagues has disappeared during the course of the work. When all recent scientific studies are lined up the result is indisputable: our deep-seated fear of fat is completely unfounded. You don’t get fat from fatty foods, just as you don’t get atherosclerosis from calcium or turn green from green vegetables.”

Professor Nyström has long advocated a greatly reduced intake of carbohydrate-rich foods high in sugar and starch.  This means doing away with sugar, potatoes, pasta, rice, wheat flour, bread, and embracing olive oil, nuts, butter, full fat cream, oily fish and fattier meat cuts. “If you eat potatoes you might as well eat candy. Potatoes contain glucose units in a chain, which is converted to sugar in the GI tract. Such a diet causes blood sugar, and then the hormone insulin, to skyrocket.” 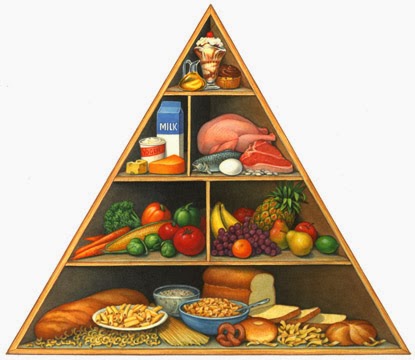 And that's the problem isn't it?  Many schools are still teaching an out of date food pyramid, often referred to as the Standard American Diet (SAD).  Take a look at what that claims we should eat most - carbs.  Probably wont shock you to hear it was the US Department of Agriculture that developed this beauty ;)

I asked nutritionist Michael Walne BSc PHNutr of Your Nutrition Matters for his thoughts:

I have treated clients who have suffered from high blood cholesterol levels for most of their adult life; their condition ‘hereditary’; having followed the standard approach to managing their cholesterol – reducing fat intake, reducing saturated fats with regular often intensive exercise – they watched their cholesterol levels creeping closer to that pivotal figure where the mighty statins step in (global market value c.$20b) and make everything ‘alright’.

What did these people need? Were there any hidden fats in their diet? Was their metabolic rate to blame? Or was it their genes?

Do you know what fixed their blood cholesterol levels? They cut out sugar. They cut out carbohydrates of the refined kind. Not just sweet carbs, but white flour carbs; all of them.

True health cannot be achieved if we limit truly good fats. Fat, not sugar and spice, is what we are made of… If we listen to this standard approach to fat we allow the refined carbs of the West to supply us with an excess. And it is this excess that the body has no choice but to turn into unhealthy body fats." 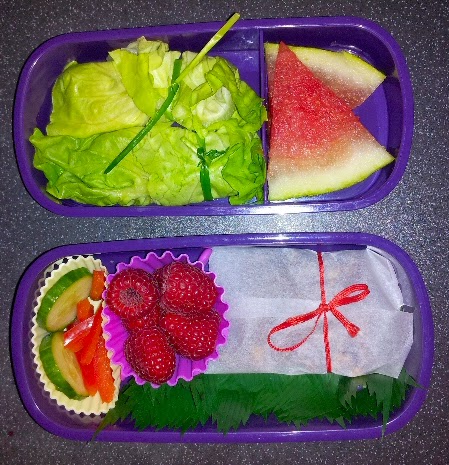 So please Change4Life, if you can't get it right, leave it alone.

Your claim that "These days, school lunches are almost certainly healthier than most packed lunches - and tastier too!" is frankly insulting.  Perhaps if school lunches were lower in carbs and higher in fats, concentration and behaviour may even improve?

Distributing material via schools and media is powerful, most parents want to do what is right for their children and will follow this guidance. My own daughter was concerned about fat consumption after reading the leaflet, if things don't change the next generation will be lost to the myth fat makes you fat as well.

Posted by Analytical Armadillo IBCLC at 13:09